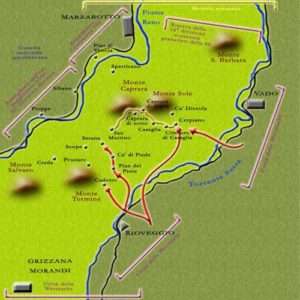 At the end of August in 1944, after the liberation of Florence, the Allied army and the Nazi one confronted each other over the Gothic Line. The area of Monte Sole (Bologna), situated between the valleys of the Reno River and the Setta River (now the municipalities of Marzabotto, Monzuno, and Grizzana), constituted the immediate rearguard of the Nazi army. In this area, at the end of October 1943, a partisan brigade, the “Stella Rossa” (Red Star), which was founded by locals and consisted of people with different political and cultural backgrounds, started its disturbance actions.

Between the middle and the end of September 1944, the command of the 16th armored grenadier division of the SS decided for a military operation for the “destruction of the partisan groups and the cleansing of the adversarial territory”. This operation, consigned to the command of Major Walter Reder, took place between September 29th and October 5th, in 1944. The entire area was surrounded by about 1000 soldiers, among them members of the Italian Republican National Guard. Divided into four platoons, they combed through the entire area from the north, south, east and west. They burned the houses and killed the animals as well as the people. The results after 7 days of the massacre were 770 victims, of whom 216 were children, 142 over-60-year-olds and 316 women. The massacre happened in 115 different places: villages, houses, churches.

The massacre of Monte Sole was not a reprisal, but a combing through military operation that was meant to end in a massacre. This was part of a strategy widely applied in 1944 and 1945 by the Nazi army in Italy. This strategy, aimed at terrorizing the civil population, in order to eventually eliminate the formation of any form of resistance and the dispersion of existing resistance groups, is also known as “terror domination”. 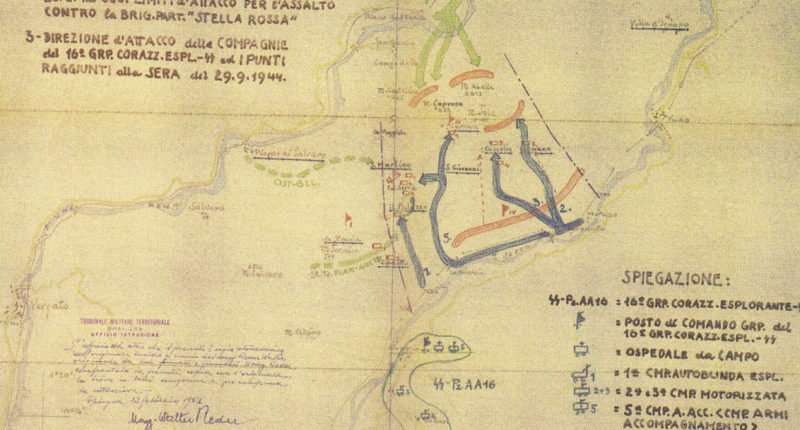 What were the circumstances and the spatial-temporal context for the massacre?
What was the purpose of the action and what were the elements that made it particularly brutal?
Why were most of the victims women and children?
Who were the men who committed the massacre?
What type of education did they have?
What role did the creation of an enemy through propaganda play?
Were they just following orders?
Could they have chosen to act otherwise?
Does individual responsibility exist in the context of a war?
What does “choice” mean?