The Monte Sole Peace School aims to promote training and education for peace, towards nonviolent resolution of conflicts, respect for human rights,
and peaceful coexistence among people and different cultures.

The Peace School Foundation of Monte Sole, created in 2002, has its registered office and operating facilities in the Historical Park of Monte Sole, founded in 1989 by a law of the Emilia Romagna Region. Its aim is to promote training and peace education projects, non-violent conflict resolution, respect of human rights, for a peaceful living together among different people and cultures, for a society without xenophobia, racism and any other kind of violence towards human beings and their environment.

The place today
Monte Sole is a triangle of hills, approximately 10 miles south of Bologna, between the valley of the river Setta and the river Reno. Today around 60% of the territory are covered by woods and the rest has been turned into meadows, pastures and, in small part, is also used for agriculture. The way it looks today is just a pale trace of what used to be there at the end of the Second World War, where houses and little villages were spread all around.
The silence and the peacefulness of this seemingly untouched place is the result of a terrible violence, a violence that is testified by, by the ruins one can find there, a sign of what happened during the Second World War. 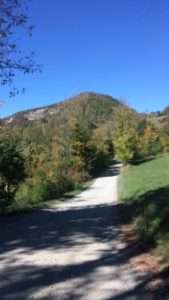 Here at the Peace School, we ask ourselves about the reasons that made the system of terror manifested in Monte Sole and during the Second World War, and which we find, in different ways and forms, in other places in the world and in other moments of the history.

Starting from a historiographical reflection around those facts and from the knowledge of the mechanisms of violence that made them possible, through the memory of who was there and of the place itself as a silent guardian of its past, activities of the Peace School are developed today:

If you do not want the past to repeat, to recite it is not enough 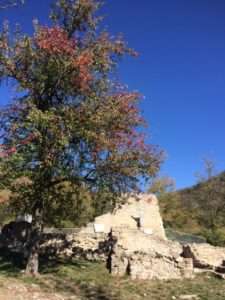 The era of the witness triumphs in schools and politics: witnesses are not only asked to tell their story, but they are entrusted with the task of moralizing. However, the evidence shows that to tell the horror is not enough to vaccinate against the horror, to blame it does not stop it from repeating itself. The historian Marc Bloch said that the mania of judgment is the diabolical enemy of history, but it certainly is the same for education.

And it is for this reason that it is not possible to delegate the role of the historian or the educator to witnesses. If the anxiety of dehumanizing the perpetrator by those who have suffered violence is understandable, the same anxiety may betray our consolatory need to remove evil from ourselves.

It makes very little sense to educate on a place of memory if you do not overcome the “mania of judgment”. And education, therefore, can not rely solely on witnesses but a mediator is needed, a person who is able to descend into the “grey area”, a professional who knows how to investigate the genealogy of violence, the multi-causality of factors that made it possible.

If you do not want the past to repeat, to recite it is not enough. Only by bringing the perpetrator back into us, we will be able to transform the memory duty linked to commemorations, its banalization and sacralization, in a work of memory that questions the present time and unmasks the mechanisms that trace the continuum of violence between war crimes and crimes in times of peace, that unveils the state of exception that still today reduces the other into a homo sacer, naked life on which biopolitics has the power to decide when it ceases to be worth living and can be left to die, becoming abandonable to “suicidal” death in a cell or to death by thirst and drowning in the Sicilian channel.